The winter female Long-tailed Duck was amongst the 63 Tufted Duck, 12 Common Goldeneye, female Greater Scaup, 4 Common Pochard and 6 Great Crested Grebeon the River Weaver. A flock of 230 Common Redshank were moving up river and a Common Sandpiper was noted.

A couple of Stonechat kept company on the grassy banks.

A skein of c60 Pink-footed Goose passed overhead on their way to the Mersey Estuary.

A pair of Stonechat were at the shooters’ berth and a mass of 100’s Northern Lapwing and European Golden Plover were in the air near to Marsh Farm. The 3 Cattle Egret were feeding amongst the calves close to the farm.

The ‘Canal Pools’ were quiet with c40 Eurasian Coot a few Mallard, a pair of Mute Swan and a single Black-tailed Godwit.

Common Buzzard and Raven were again common throughout the day. A Sparrowhawk passed over the canal to hunt the European Starling flocks on the Frodsham Score salt marsh where a couple of Great Egret were standing out literally on the edge of the river. Also noted were tens of hundreds of Canada Goose spread out across the marshes.

The herd of 19 Whooper Swan included 6 juvenile birds and are still along Lordship Lane and were joined by c80 Eurasian Curlew. 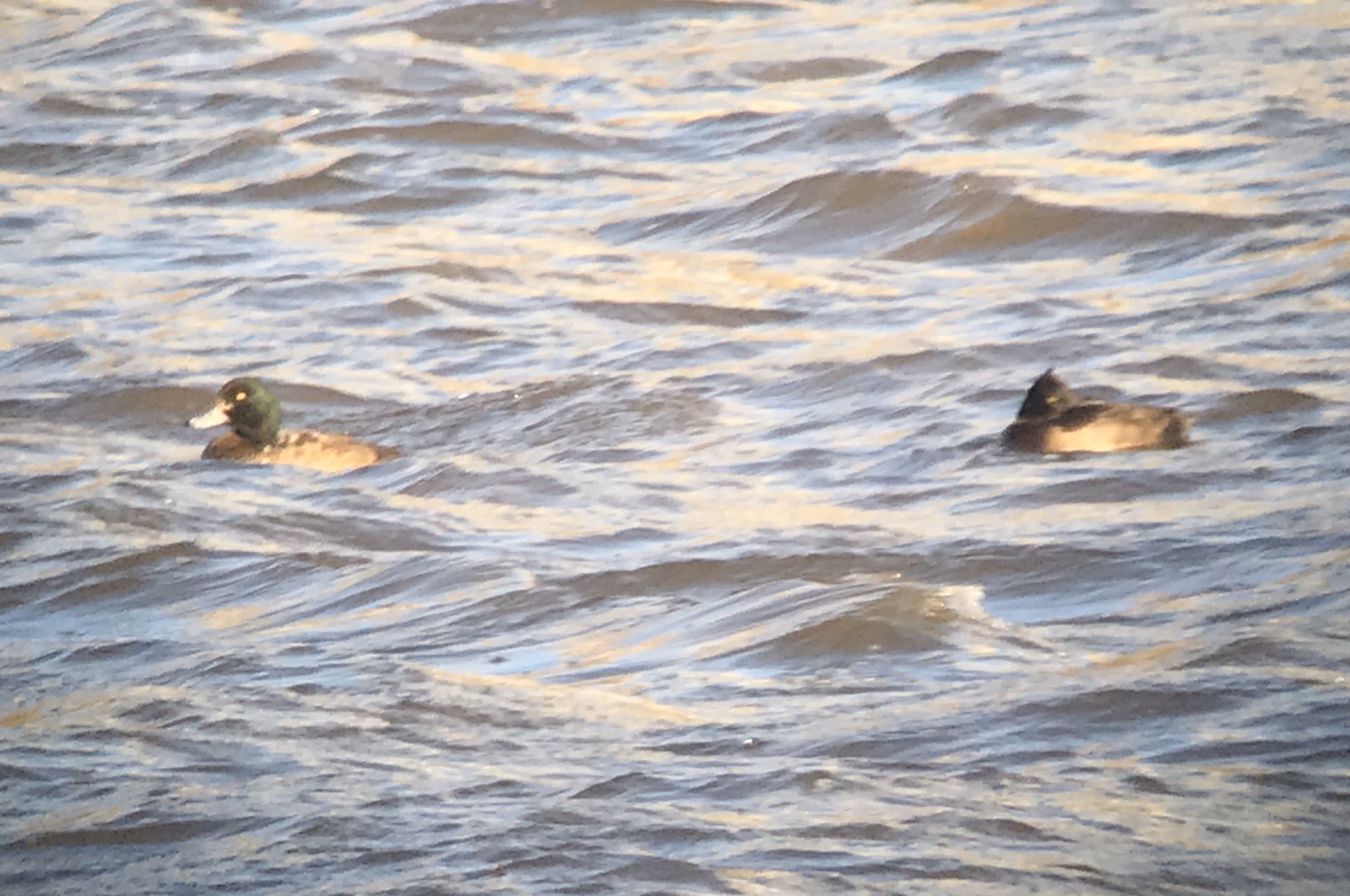 There was a 1st winter drake Greater Scaup with the flock on Weaver Bend early afternoon in addition to the female that was also present.

An early dart from work and 40 minutes secured on the banks of No.6 tank watching; c300 Eurasian Teal, 26 Northern Pintail, 46 Tufted Duck, 61 Northern Shoveler, 31 Common Pochard, 2 Gadwall and 2 Common Goldeneye and a Little Egret flying over.

There were 5 Marsh Harrier coming into roost this evening with droves of Raven heading south to their roost sites. Also noted 4 Kestrel and 3 Common Buzzard.

Flocks of Pink-footed Goose were flying onto the Mersey Estuary at dusk.

Looking along Lordship Lane and I could glimpse the Whooper Swan herd in the same fields as normal.

A Cetti’s Warbler rang in the evening and a small number of European Starling were bunching up in flight.

On my way into work at first light several skiens of 100’s of Pink-footed Goose were heading to the north east over the Weaver Valley per WSM.

I started my walk at Brook Furlong Lane this morning. There were 4 Marsh Harrier in the air together over the reeds flushing a flock of winter thrushes and a couple of Common Snipe. A mass of Northern Lapwing were also spooked and took to the air near to Marsh Farm, but again no Golden Plover were with them.

The 3 Cattle Egret were amongst the cattle at the back of the farm.

On the River Weaver the Tufted Duck flock were on the far side with Common Pochard, Eurasian Teal, Common Goldeneye, Common Shelduck and a female Greater Scaup here and a 1st winter on No.6 tank. A flock of 60 Northern Pintail were disturbed by pheasant shooting taking place along Brook Furlong and left they duly left the water for the estuary followed by several groups of Common Redshank.

On to No.6 tank and 3 Marsh Harrier had made their way to the reed bed with 2 hunting and another perched up. More Tufted Duck, Eurasian Teal, Mallard, Common Pochard, Common Shelduck and more Northern Pintail on the water. The 3 Cattle Egret could be seen from the elevated ramp looking over No.3 tank towards the farm.

The Whooper Swan herd are still close to Lordship Lane with the resident Mute’s for company. I countered several pairs of Stonechat were noted on my walk as were Kestrel, one of which caught a vole along Moorditch Lane.

A ringtail Hen Harrier was over Frodsham Score per Dave Craven.

The roaring 20’s kicked off in style with one of several Cetti’s Warbler singing in the changes at dawn along Brook Furlong Lane.

A movement of c400 Pink-footed Goose were heading out to feeding grounds to the north-east in the glow of a rising sun, while flocks of Eurasian Wigeon were heading from inland sites to spend the day on the Mersey Estuary.

The 1st winter Greater Scaup was with a mixed flock of 60 Tufted Duck (also 2-3 white blazed imm tufties in the same flock) and 10 Common Pochard. The female Long-tailed Duck was hiding below the jetty and 14 Common Goldeneye were also present. The Eurasian Teal flock were much reduced and small numbers of Common Shelduck, Gadwall and Mallard were also present. A pair of Stonechat were out in the morning sunrise.

A walk to Marsh Farm produced 3 Cattle Egret still keeping their bovine friends company. The salt marshes on Frodsham Score had 3 Great Egret with several Little Egret scattered about. Birds of prey featured the usual array of Common Buzzard and Kestrel, a female Merlin and a Marsh Harrier.

The 20 strong Whooper Swan herd by Lordship Lane were with 2 Mute Swan, but unfortunately the activity of fireworks over night may have encouraged the Bewick’s Swan to make an early departure.

A birders map of Frodsham Marsh for copy and paste onto your phone for future visits.

A dredger was discharging silt from a huge pipe into the Weaver Estuary, all this activity dislodged a Common Sandpiper that flew up the ship canal to the west.