I have now finished for Christmas and a trip to the marshes this morning so my first port of call.

The Stonechat pair was again on the fence along the track (Alder Lane) to Marsh Farm. When I arrived overlooking the Manchester Ship Canal a tug boat was heading up the cut and flushed 7 Mute Swan and a Great Crested Grebe from the water. Several Curlew were vacating Frodsham Score salt marsh when the tide rolled in, leaving numerous Common Shelduck and Cormorant swimming the waters.

I continued on to No.6 tank and hundreds of Common Teal, Shoveler and Mallard took to the air when a Marsh Harrier passed over before it settled in the reed bed. The Raven hoard were still feeding on a carcase in the fields of No.3, and the same fields had the best part of 1000 Canada Goose grazing the grass.

A look over the Frodsham Score and a distant raft of Wigeon could be seen out on the River Mersey where 2 Common Buzzard were on their prey patrol at the river’s edge. A mass of plover mostly Lapwing but also Golden Plover spent more time in the air than on the ground.

Further to the west the fields alongside the Holpool Gutter held 21 Mute Swan, 20 Greylag, while a single Pink-footed Goose over on Rake Lane was with c100 Curlew and even more in the back ground but these were flushed by a Common Buzzard. A Great Spotted Woodpecker flew off the bank on No.4 and landed on a tree alongside the gutter.

A walk over to see the winter swan herd resulted in 25 Whooper Swan and 6 more Mute with even more Curlew feeding with them.

Redshank and Fieldfare were on scrape on the marsh this morning leaving Blackbird and Song Thrush to feed on what’s left of the hawthorn berries. 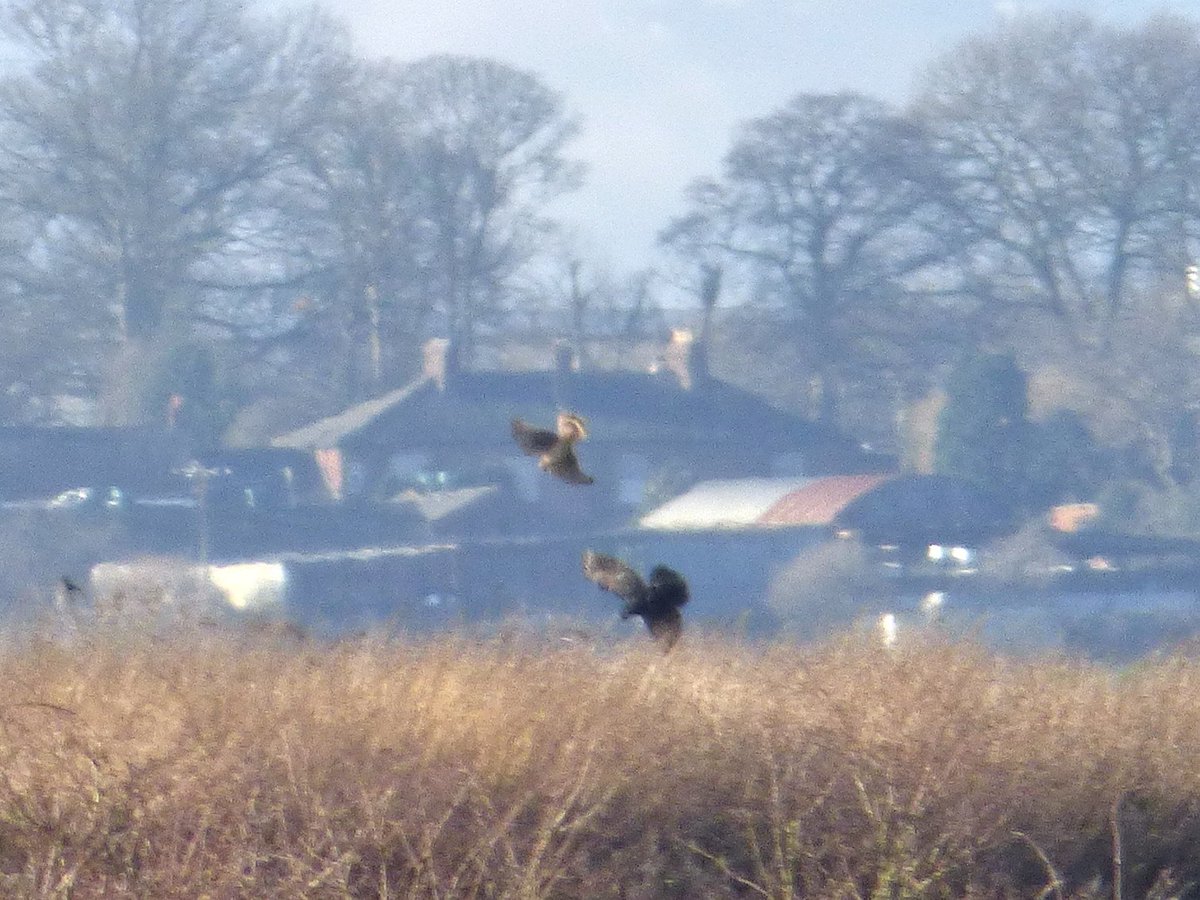 A ringtail Hen Harrier was often showing in and around No.6 tank. Distant but prolonged views suggested a juvenile. Also of interest a Woodcock, Chiffchaff, flyover Water/Rock Pipit and c7000 Lapwings.